The eight-legged parasitic arachnids called Ticks can be found in the same family as spiders, mites and scorpions. Ticks have no wings and a unique oval-shaped body. They have two sensory structures on their heads (palps and chops) which help them find hosts. A barbed structure (hypostome), which they use to attach themselves to their host for food, is also available.

The tick color can vary depending on the species. Tick larvae can grow to a length of less than one mm and can grow up to 1 cm in length if they are engorged with blood. Adults can also be smaller than a sunflower seeds. Ticks only have six legs in their larval stage, and eight during the nymphal or adult stages.

What kinds of Ticks are there? 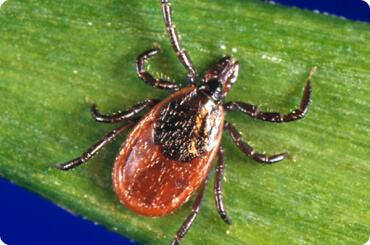 The deer tick is brownish-orange and has distinctive dark-colored legs. Adult ticks are approximately the same size as a sesame seeds before they are fed. Because they prefer deer as their host, they are called deer ticks. They also feed on many other animals and humans, in addition to deer. 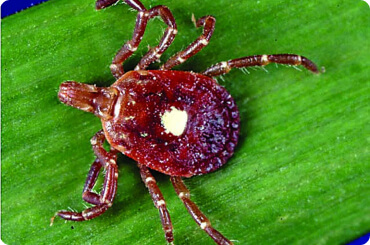 After being fed, lone star ticks turn a slate grey color. They are reddish brown. One white spot is found on the back of female lone star ticks. Males have several smaller white spots. White lines are also found on the top of males' bodies. This tick species prefers larger hosts such as dogs, deer and people to smaller rodents. 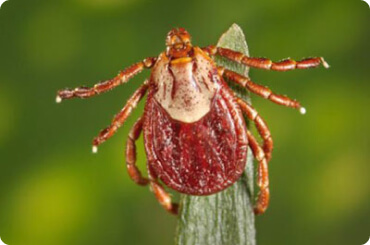 The Asian longhorned tick adult looks much the same as other ticks that can be found in homes or wooded areas. These ticks can be found in four stages of life: egg, larvae, nymph, and adult. 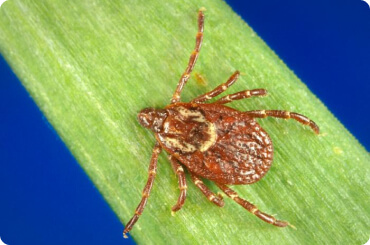 Brown dog ticks, as their name suggests, prefer to eat the blood of dogs. They can also bite humans and other animals.

Behavior and Habitat of Ticks

Many species are found in areas with dense vegetation and wooded areas. Certain species need moisture to survive. The species may survive indoors in cracks, crevices or the burrow of their host.

Males and females of most species eat blood from birds, mammals, and reptiles. Although each species has a preferred host for their food, most will eat whatever is available. Bite is a common behavior of ticks.

Ticks eat blood meals at all stages of their lives. Pathogens are organisms that can cause disease in animals and can be passed on through each stage of a tick's lifespan. There are four stages to the tick's life cycle:

Ticks and fleas are parasitic, living on larger hosts than they are. Fleas and ticks both feed on the blood of their hosts and transmit various diseases. Despite the fact that neither fleas nor ticks prefer humans as primary hosts, both parasites have been known to feed on human blood in the absence any other food sources.

Adult ticks have four pairs of legs, just like other arachnids. As larvae, however, they have six legs. After molting, they get their fourth pair. They do not live in specific areas, but rather they prefer to be near their hosts. The pests can be found in a variety of habitats, including forests, grasslands, and homes. All stages of the tick's life cycle depend on blood, including hatching.

Fleas are six-legged insects. Fleas are not able to fly and have no wings. The flea's flat bodies and long legs have been adapted to allow for impressive jumping skills as well as the ability to maneuver through dense fur and hair unimpeded. There are many species of fleas that live in homes around the globe. The complete metamorphosis occurs in the form of an egg, larval, pupa, and adult flea. Only adults eat blood.

Ticks can transmit serious diseases such as lyme disease and colorado tick fever. Learn more about ticks and how you can prevent them.

How to get rid of my Ticks problem?

Ticks can be classified as a variety of parasitic arachnids, with many behavioral characteristics. If Ticks become an issue, contact your local Ardent Pest Control professional to request an inspection.

Ticks can spread many diseases to animals and people. Borrelia burgdorferi bacteria is transmitted to Lyme disease by blacklegged ticks. Lone Star ticks transmit diseases such as ehrlichiosis and tularemia.

Do I have a Ticks problem?

Because ticks are constantly introduced to properties by wild animals, they can be difficult to control. Ticks cannot fly or jump so they travel on the backs and legs of their hosts. Once they are on your property they will hide in damp, dense areas and wait for a new host.

Where will I find Ticks?

Ticks can be found outdoors and many of them don't thrive indoors. For most species to hatch and develop, they must lay their eggs in moist soil. Ticks like tall grass and wooded areas. They also love to be near fences or along roadsides.

How do I get rid of Ticks?

Ardent Pest Control is a family-owned business that can get rid of ticks in your home and workplace. Our fast response times give you peace of mind that your pest problems are solved and won't come back. Our highly trained pest control specialists provide high-quality pest management services using only the best products to eradicate ticks from your home. Find out why Ardent Pest Control is the preferred pest control company for your neighborhood. Give us a shout today!

How can I prevent Ticks in the future?

You can prevent tick problems by partnering Ardent Pest Control.